What Every Parent Should Know

WHAT EVERY PARENT SHOULD KNOW

There are many things that parents can do to help prevent sexual and other forms of misconduct in the sports environment. It is important to recognize that abuse can be injected by coaches, adult volunteers, staff members or teammates of the athlete. Sexual abuse is almost always committed by a coach or influencer that takes advantage from a position of power, intentionally manipulates the immaturity of the athlete, often enticing the athlete into what appears to be a consensual situation. It is the obligation of parents, coaches, and other adult sport leaders to immediately act to stop improper behaviors whenever this is observed. All adults are responsible for preventing harm to our children. No matter how much a parent respects the position of a coach, abusive and improper behavior cannot be condoned. 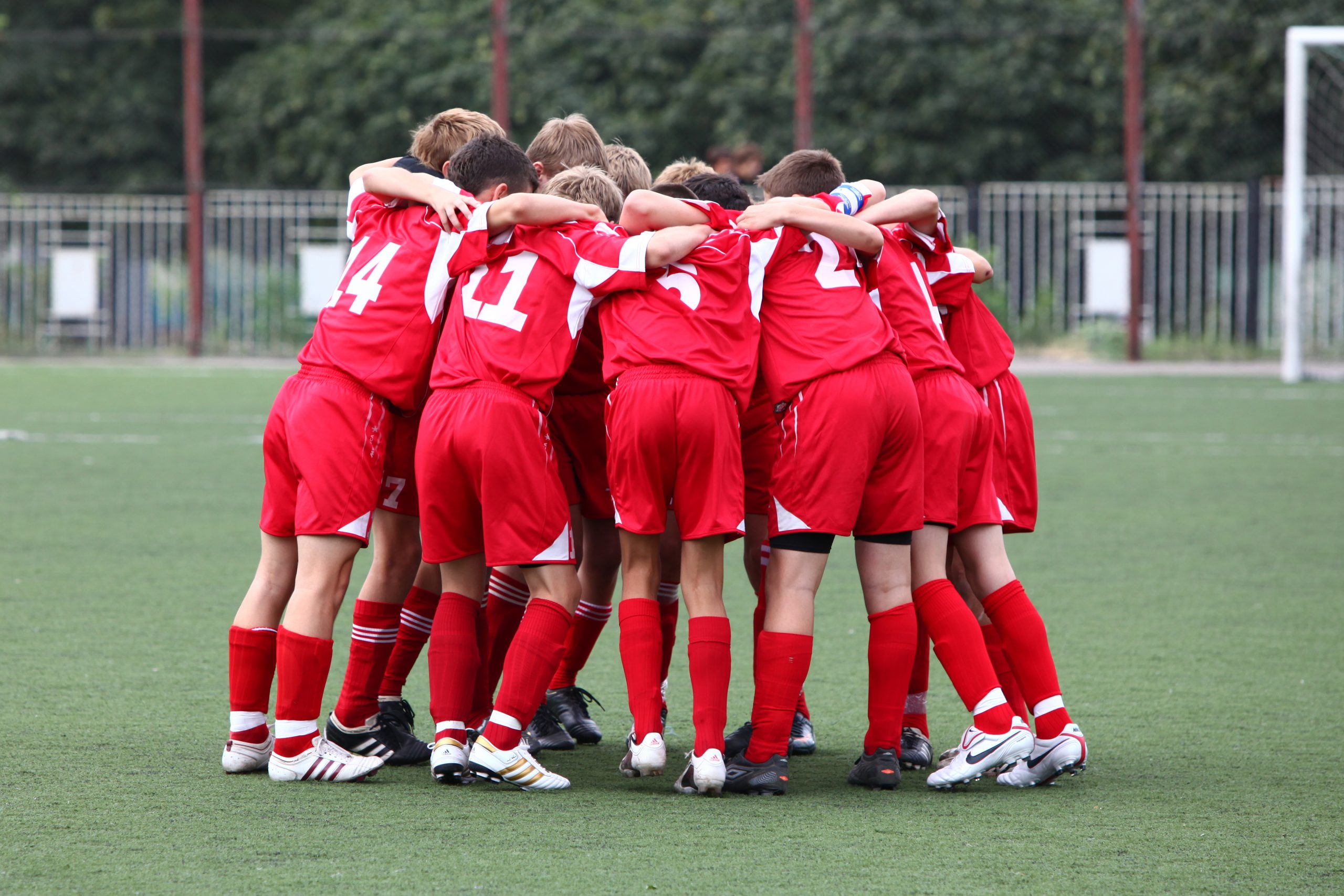 Considering these deterrents to reporting abuse in the sports environment, if an athlete does disclose a concern and describes what may be an abusive act or another person, such reports should be taken very seriously.

This is not an exhaustive list of indicators and the presence of an indicator cannot be seen to be deHnitive proof that an athlete is being abused. But the response to such indicators should be an investigation of the possibility that abuse is occurring. While it is virtually impossible to deHne every behavior that might be classiHed as abusive, it is helpful to review defnitions and examples of commonly encountered behaviors.

Physical abuse of athletes can take many forms. Some of the more common forms include when a coach:
!. Touches an athlete in a non-instructional or non-congratulatory way;
2. Touches an improper body part;
3. Requires or suggests that an athlete perform a physical act that has no relevance to the sport and which is intended to cause
embarrassment, be degrading, or be a form of punishment;
4. Requires or suggests that an athlete continue to perform a physical act, whether it is relevant to the sport or not, that compromises established conditioning and safety guidelines;
5. Places an athlete in a situation where he/she is mismatched physically with an opposing athlete causing the possibility of physical harm;
6. Requires the athlete to take performance-enhancing drugs or any substance not prescribed by a doctor, or
7. Fails to stop an activity where an athlete is clearly being subjected to physical harm.

Emotional abuse is the persistent emotional maltreatment of an athlete that causes severe or persistent adverse effects on the athlete’s emotional development. Such treatment may involve conveying to athletes that they are worthless, not liked, inadequate, or valued only insofar as they meet the needs of another person or fulHlls the coach’s performance expectations. Using derogatory or discriminatory language, belittling an individual or group based on race, sex/gender, disability, age, sexual orientation, social or economic background is emotionally abusive to persons from that group and to those overhearing such comments. Emotional abuse can also occur when a coach continuously criticizes an athlete, uses sarcasm, name-calling, generally belittles the athlete, imposes inappropriate expectations that are beyond the developmental capability of a young athlete, or acts to prevent an athlete from participating in normal social interactions with teammates with the intent to isolate and cause harm to that athlete.

Coaches and athletes constantly engage in verbal interactions. It is the coach’s responsibility to use such interactions for instructional and motivational purposes. Verbal abuse of athletes can take many forms such as when a coach: (1) excessively, in comparison to treatment of other athletes, singles out an athlete through negative interactions; (2) routinely uses profanity or degrading language; (3) personalizes error correction; (4) yells or screams at an athlete; (5) constantly blames the team or groups of players for failures or (6) isolates a player by ignoring him or her. Verbal conduct that is unacceptable for a teacher in the classroom is unacceptable for a coach on the playing Held or court. Similarly, coaches should immediately call a halt to any bullying, cruel comments or verbal abuse undertaken by any athlete toward another athlete while in the coach’s presence. Coaches should refrain from and disallow their athletes from engaging in verbal discourse that denigrates others.

Sexual abuse involves forcing or enticing an athlete to take part in sexual activities, whether or not the athlete is aware of what is happening. The activities may involve physical contact, including penetrative (e.g. rape or oral sex) or non-penetrative acts. Sexual abuse may also include non-contact activities, such as involving athletes in looking at sexual online images, watching sexual activities, or encouraging athletes to behave in sexually inappropriate ways.

Athlete sex abusers can come from any professional, racial or religious background and can be male or female. They are not always adults. Other athletes can also behave in a sexually abusive way. Usually the abuser is someone known to the athlete, such as a coach, teammate or sta= member. Some individuals become sport club employees speciHcally to commit acts of sexual abuse because working in sport program allows them access to children.

Abusers may act alone or as part of an organized group like a team. After the abuse, they may put the abused athlete under great pressure not to tell anyone about it. They will often go to great lengths to get close to athletes and win their trust.

Neglect is the persistent failure to meet a child's basic physical and/or psychological needs, likely to result in the serious impairment of the athlete's health or development. Neglect may include failure to protect an athlete from physical and emotional harm or danger, such as a coach failing to intervene when an athlete is being bullied or physically abused, or may involve inadequate supervision such as a coach leaving a potentially dangerous sport activity area without any adult monitoring participation. Neglect may involve a coach ignoring an athlete who is injured or in pain, failing to be responsive to a need for medical attention. In outdoor sports, neglect could be forcing an athlete to engage in stressful physical activity in conditions of high heat and/or humidity to the extent his/her health is at risk or to participate in the cold without adequate apparel.

Bullying often involves physical and emotional abuse and usually occurs when there is an imbalance of power when a person who is older, larger, stronger, in a position of authority, or someone who is more aggressive uses his or her power to control or harm someone in a weaker position. The person bullying has the intent or goal to cause harm (i.e., the act is not accidental) and the action is usually repetitious. Examples of bullying include but are not limited to name-calling, teasing, socially spreading rumors, purposely leaving people out of groups by telling them or others they are unwanted, breaking up friendships by threatening others or spreading rumors about a friend, or physically hitting, punching, pinching or shoving a person. Cyberbullying is using the internet, email, texting, mobile phones, social media or other digital technologies to do harm to others. The damage in;icted by bullying can frequently be underestimated. Bully can cause considerable distress to young athletes, to the extent that it a=ects their health and development. The competitive nature of sport can create unique opportunities for bullying such as when a parent pushes too hard for a better or tougher performance from his or her child, a coach adopts a win-at-all-costs philosophy or when a coach or parent calls an athlete a “sissy” or other belittling term.

Harassment is acting in a way that is unwanted by, or o=ensive in the opinion of, the recipient. Harassment can be deemed to be a criminal o=ence in some circumstances and can lead to the use of a restraining order or criminal prosecution. Harassment can range from suggestive sexual remarks and racist insults or jokes to the use of foul language to unwelcome attention. Harassment can lead to the athlete feeling unhappy, demoralized, or undervalued as a person. Sexual harassment is often persistent sexual attention or other behavior with sexual overtones that creates a hostile learning environment. Sexual harassment may include written or verbal abuse or threats, physical contact, sexually graphic literature, sexual advances, demands for sexual favors, sexually oriented comments, jokes, lewd comments or sexual innuendoes, taunts about body, dress, marital status or sexuality, sexual or homophobic graeti, practical jokes based on sex, intimidating sexual remarks, fondling, kissing, sex-related vandalism, o=ensive sexually explicit or romantic phone calls or photos, and/or bullying on the basis of sex. Sexual harassment also includes all forms of sexual violence such as sexual assault, sexual battery, rape, and sexual coercion which will be referred to authorities as criminal matters.

“Hazing” and inappropriate team initiation or bonding activities are deHned as any actions, whether physical, mental, emotional or psychological, which subjects another person, voluntarily or involuntarily, to any outcome that has the intended or unintended e=ect of abusing, mistreating, degrading, humiliating, harassing or intimidating the person, or which may in any fashion compromise the inherent dignity of the person, for the purpose of association with, or induction to, a particular group or team. These are forms of harassment or abuse that are often accepted by the recipient because they are convinced that it is a condition of being accepted on the team. Actions and behaviors constituting hazing, initiation rituals or physical punishment commonly used by sports teams are forceful, unacceptable, and need to be reported.

Coaches, staff members, volunteers, or others who have authority over or provide professional services to athletes must exhibit the highest standards of impartiality and professional treatment and are prohibited from engaging in inappropriate conduct with athletes. It is unethical for coaches, other sta= and volunteers to have any physical bodily contact with athletes outside of the practice or contest environment. Within the practice or contest environment, coaches may not have any physical bodily contact with athletes except with the athlete’s permission to correct physical form or a pat on the head or back when congratulating an athlete for a good performance. Having a sexual, intimate, romantic, or similar close personal relationship with individuals over which a coach has an instructional or service responsibility, even if a consensual relationship between adults, is professionally unethical and unacceptable because it creates the appearance or actuality of favoritism and special treatment. Such unprofessional behaviors or sexual or romantic personal relationships undermine the trust in the coach or employee and belief that the athlete will be treated impartially.

This information was adapted from two primary resources “De6nitions of Abuse” as published in Wavepower, Loughborough, Leicestershire, UK: British Amateur Swimming Association, May, 2009 and WomenSport International’s (WSI) brochure on “Sexual Harassment and Abuse in Sport” retrieved on October 14, 2011.